👋 Hey there! The documentation, alongside the app, is in early beta. If you see any mistakes or typos, please let us know.
Docs Index 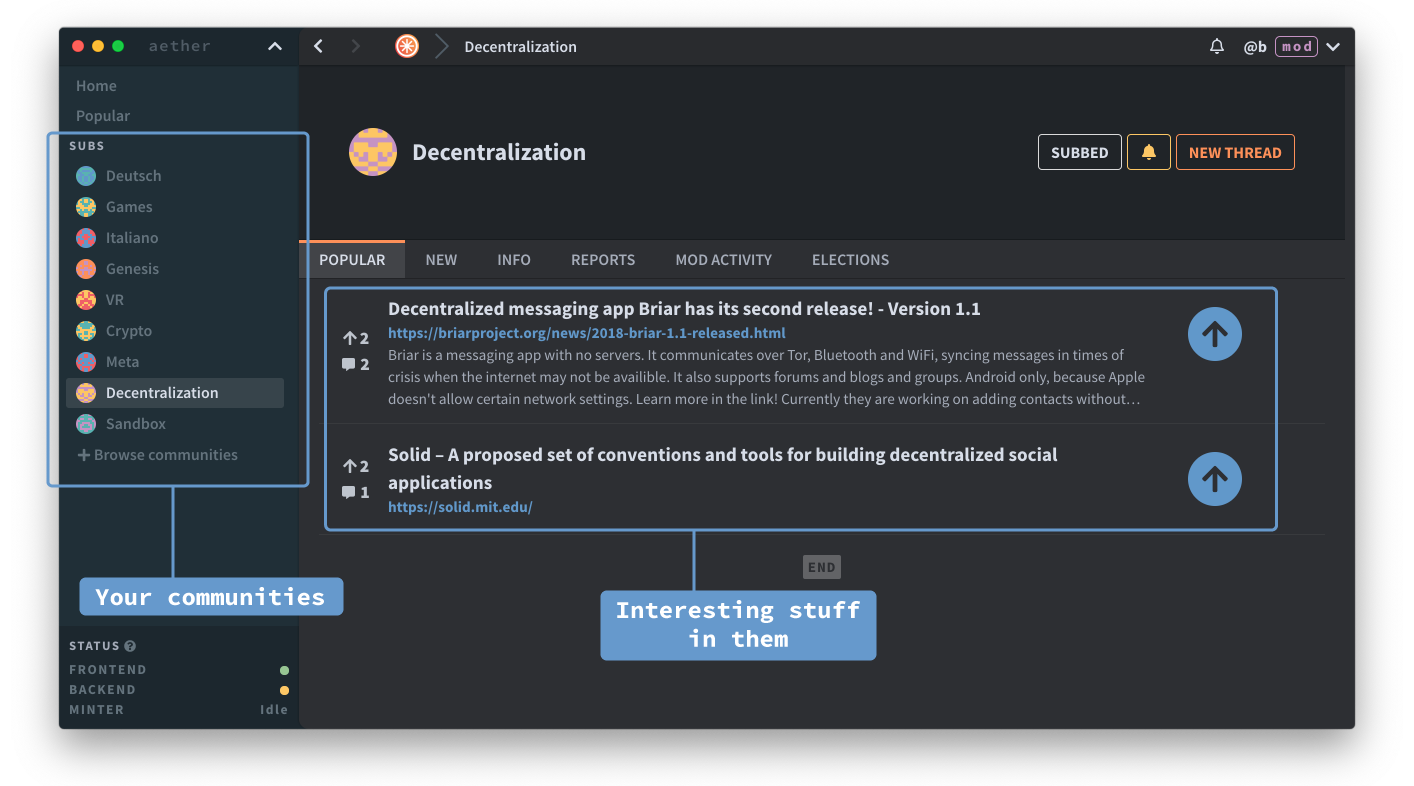 You can create a community for your friends, or for strangers that are interested in similar things. All communities are public, and everyone can write to any community. (There’ll be communities restricted to certain people, but we’re still working on that for now.)

If you’re familiar with Reddit, Slashdot, or Usenet, it’s pretty similar. Aether does two main things differently though. The first is that it’s ephemeral. The content disappears after a while. The other is, the communities are democratic, they elect their own leadership.

Why does ephemerality matter? Simply, it’s easier to post things on Aether. It’ll be gone eventually. It’s less pressure. You’re not using your real name anyway, it’s not going to be following you around for the rest of your life.

Killer feature: after 6 months, you can recycle your whole collection of Spongebob memes

Why do I care about communities being democratic? You have a motorcycle. You love it. There’s a b/motorcycles community on Aether. You post a picture of your bike, but it gets deleted immediately. Why? The mods of the place are bored of seeing too many bike pictures and they want to make the community a more “serious” place.

Nobody’s wrong in this case, the mods are right because they probably see way too many regular bike pictures. But you’re right too, people want to post their bikes and be happy about it as well. Who wins?

What Aether does is, you can actually disable the mods that you don’t approve just for yourself, and those disables count as an impeach vote. If majority of the community agrees, the mod loses mod rights for a while for everyone. That makes it so that Aether communities are places where the content is what the current users of the communities want, not those who were there first by chance.